Why do you look at the speck in your brother’s eye, but do not consider the plank in your own eye?

I was back in New York by the time we cleared the clouds of our mutual misunderstanding. But our relationship saw its shadow, declaring six more weeks of an icy emotional weather pattern.

Perhaps we would have been better off letting the misunderstanding stand. While heartbreaking, that first breakup seemed easy in comparison to the ensuing stretch of discord we created.

Our greatest issue was a very unexpected one for me: our spiritual divide.

My boyfriend began to regularly preach his beliefs, which I had only very recently discovered were radically different from mine.

I declined his sparring invitations. One night, I playfully responded to the preaching by saying that the person with the higher belief system and faith was the one who didn’t have to prove it. I thought we would navigate our spiritual differences as we did our other ones. It soon became evident that only one of us was willing to do this.

Initially, I was very respectful of his beliefs. I didn’t care that they were different from mine. I listened to him with an open mind. As long as your spiritual practices don’t involve harming others, I’m a live and let live kinda woman.

I searched for commonalities and focused on what I appreciated about his spirituality and faith.

I loved that he said grace. I’m a big fan of gratitude and had not yet developed a consistent habit of expressing it before meals. His prayers were absolutely beautiful. I chimed in with “Amens”  despite the disparity between our belief systems.

His seemed to inspire a striving to ever become a higher version of himself. If his beliefs provided that and worked for him, I was happy to support them…until he began to use them as an excuse to attack me for having mine.

This was entirely perplexing. So we had different beliefs. So what? I couldn’t understand why this bothered him so much. In my world, people who are sure of their beliefs don’t feel a need to have others subscribe to them, so I initially chalked it up to spiritual insecurity.

The preaching intensified, as did his increasing habit of pointing out all he thought was wrong with my beliefs and practices. When I didn’t agree with him, he made it more personal.

One morning, I awoke to a several page anti-yoga diatribe, followed by several emails with incredibly disparaging remarks about me for engaging in this practice. I was completely stunned.

“Who hates yoga?” asked a friend I shared my uneasiness with. “That’s like hating puppies!”

I knew many Christians; none of them had ever smashed me over the head with their beliefs or criticized mine, let alone given me a hard time about yoga. This spiritual divide was a lot more serious than I’d previously ascertained.

Was he a born-again Christian? A Jehovah’s Witness? I didn’t know enough about either to even know the difference. I wanted to know which it was so I could at least learn about his fundamental beliefs and understand where he was coming from.

He didn’t give me a direct answer, so I took to Google. What I was experiencing of him clearly fell more closely into the born-again category.

I attempted to end our debate, the first unpleasant conversation I’d had about spiritual beliefs since a priest failed to answer my questions in junior high.

I asked my boyfriend to stop making incredibly disrespectful comments about my beliefs, which only invited more offensive ones. It was very confusing.

I’d been upfront about my beliefs and practices from the day we met. He hadn’t expressed any resistance then. Why was this a problem all of a sudden? Why had he chosen to date me if he had such an issue with our differences?

His answer was that he couldn’t resist my attractiveness and intelligence. I found this to be a very selfish response. What about me? Didn’t I deserve to know that I was falling in love with someone who was spiritually intolerant?

I pushed my ego aside and tried to find the commonalities. At least we both believed in a higher power and were committed to spiritual growth. Couldn’t we just focus on that? Couldn’t we respect one another and the fact that we believed different things and leave it at that?

If two people who loved one another couldn’t do that, what hope was there for the rest of the world?

He either wasn’t willing or wasn’t capable of this. He brought up my spiritual teachers regularly, taking nasty digs at them and professing to know more than all of them combined.

I won’t repeat the actual comments he made about them or me. Suffice to say, I could publish a book of his “spiritually” berating emails and it would be a bestseller. People would have a very hard time believing those emails were sent by someone who (sometimes in those very same emails) expressed how much he loved me.

As time progressed, the preaching and attempting to convert me to his belief system intensified. I asked him to stop more times than I can count. Since he refused to, I felt like I was being spiritually raped. Even expressing that made no difference.

I wasn’t a Bible enthusiast but from what I knew of Jesus, he was a steward of unconditional love. This version who went around judging and scorning everyone in sight and encouraging his followers to do the same sounded a lot more like Hitler.

The Jesus I learned about was a “Forgive them for they know not what they do,” sort of guy. If statements like that rolled off his tongue after being nailed to a cross, I have a hard time believing he spent the time between performing miracles instructing his followers to “rebuke” people.

I was horrified to learn about this practice, and the new versions of the Bible – not as in New Testament new, but versions that have been written in my lifetime new – which encourage it.

These books include creative translations of the original text, which was more than sufficiently misogynistic on its own. Feeling it’s one’s duty to point out the “sins” of others is a very convenient teaching for those who want to justify emotional abuse.  #jesusmademedoit

Good thing the man rose from that grave – because he’d be turning over in it if he heard some of what is declared in his name these days.

When I originally wrote this post, I had little understanding of what I was contending with. It wasn’t until editing it in 2017 that I truly began to understand why the man who professed to love me so deeply had been unwilling to look at or change his verbally abusive behaviors, no matter how much they were hurting me.

How could he, when doing so would have gone against the grain of what he believed God wanted him to do?

I’m grateful my path doesn’t promote spiritual violence, the greatest oxymoron there has ever been.

The so-called faults we see in others are often just the projections of our own shadow qualities that we refuse to acknowledge. Therefore, rebuking others is not only offensive – it also doesn’t make any sense. It’s like berating our own reflection in a mirror instead of consciously changing what is being reflected.

The only person we need to take inventory on and improve upon is ourselves.

Can I get an Amen?

For new post notifications, subscribe to LWT below. I don’t like spam either so rest assured, your info will be kept private! Feel free to leave a comment by filling out the box at the very bottom of this page.

Stay In The Loop!

LWT is Under Construction

Please pardon our appearance. The new site will be here soon! 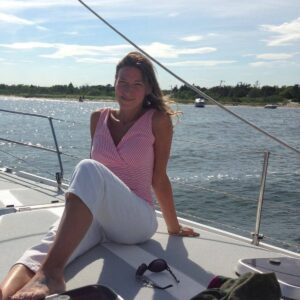